Seek Some Art to Feed Your Heart 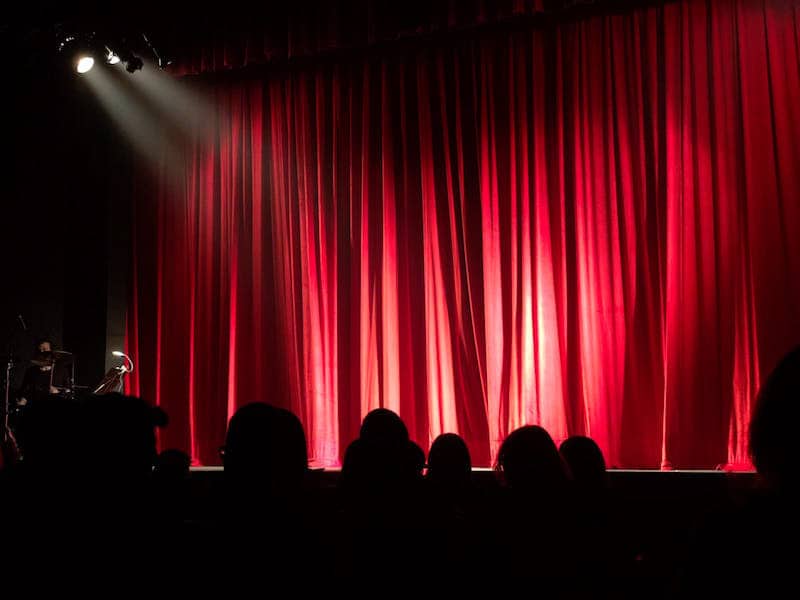 Seek Some Art to Feed Your Heart.

My birthday was in December.  And as my personal tradition goes, I grabbed my family members and ventured, once again, to Madison Square Garden to see Andrea Bocelli in concert.  Andrea Bocelli, one of the best tenor ever born, only gives a couple of concerts in New York per year.  Happily for me, always around my birthday.

Andrea Bocelli has a voice that caresses the hearts and nourishes the souls of millions.  As he was led by his staff to the microphone (he’s blind), we prepared for the tears of joy that we knew his voice would bring.  His singing does that.  I believe it was Celine Dion who said that if God had a voice, he would sound like Andrea Bocelli.  When Luciano Pavarotti, the world-renowned tenor, heard Andrea Bocelli, he reportedly said with tears of relief, “I can now die, because my replacement is here.”

The thousands of us at the Madison Square Garden that night drank in the Andrea’s glorious voice, begging for encore after encore.

Just after Christmas, I scooped-up a girlfriend and we went to see “The Dead, 1904,” a play by The Irish Repertory Theatre in New York City (NYC).  The play took place in a glorious historical townhouse on the Upper East Side of NYC.  The play was immersive in format, so we were literally moving from room to room, standing, seating, eating and drinking among the actors.  With no more than 50 of us as the audience, it felt like my girlfriend and I were attending an intimate holiday party of friends and family.  Which is what it was, in fact, notwithstanding the play’s title.

Adapted from James Joyce’s novella “The Dead,” the scene was a holiday gathering in a Dublin home at the turn of the 20th century.  Among the holiday spirit, Joyce meant to remind us about the Irish potato famine of 1845-1849.  Since the country lost almost a quarter of its population during the famine, every Joyce’s character knew someone lost to the famine.  The play also featured a couple of standing figures – actors who stood mute all night, representing the dead and the lost.

Since there were no cell phones in 1904, we had to check ours at the door.  This was, after all, intended to be an immersive experience.  We were served a traditional turn-of-the-century Irish meal, with spuds (potatoes) being figured prominently.

We thoroughly enjoyed the play.  I joked to my girlfriend that, similar to many Russian plays, Irish plays often include “a drunk.”  In our play that night, the “drunk” actor was so accomplished that my girlfriend and I, both doctors, thought he really was drunk, seeing his glossy eyes and dilated facial capillaries.  We were quite surprised to see him “sober up” so quickly when the time of actor bows came!

Willing as I am to share my life’s events, my dears, my mission as you know by now, is to provide you with good recommendations to improve your health.

And today’s recommendation is to bring some art into your life to feed your soul and heart, for better health.

Psychosocial health is an important part of overall health.  If you are never engaging in the artistic expression, either as an observer of the creative effort or a creator of your own artistic declaration, it may well be to your detriment.

What I described above were my experiences as an appreciative observer of performance arts.  But there are many other forms of creative expression that are equally beneficial and, though tastes will vary, enjoyable.  One can enjoy a musical instrument, or dancing, or writing.  Or one can engage in the visual arts, such as paintings, sculptures, or flower arrangements.  Simply going to an art museum to appreciate such works can be good for you.

Many studies have shown that observing an artistic effort or letting your own creative juices flow has a positive effect on human physiology.  Despite the difficulties in evaluating the results of studies on the role of arts in health, investigators have consistently concluded that engaging in a creative endeavor can improve psychological, mental, and physical well-being, and can be considered an important component in healing.  And regarding the latter, the use of arts in healing is consistent with the growing-in-popularity view of bringing physical, mental, social, emotional, and spiritual dimensions to health and healing.  It complements the biomedical view by focusing not only on symptoms and sickness, but on the holistic nature of a human being.

Through creativity and imagination, we often find our unique identity and our own ample reservoir of healing.

And as always, give me a shout if you have any questions!

No question is ever too weird or too embarrassing to ask Dr. Inna!

So very truly yours,